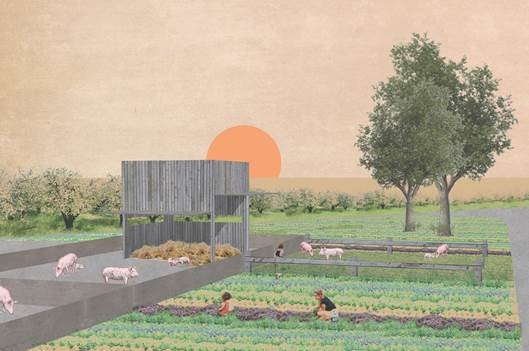 An increasing group in contemporary society is rejecting agricultural production, as it exists today. Particularly prevalent, is the heated debate about conditions under which livestock is kept and slaughtered. Economic and ecological issues, animal and environmental protection, ethics and a (more) conscious meat consumption play an important role. The conflicts between these aspects must be negotiated in the public discourse, raising the question of which role architecture can play to improve this condition.

The exhibition Architecture for Pigs presents solutions for a modern agricultural pork production that meet the new demands of today’s critical consumer. In 2016, the organisers of an architectural student competition (KTBL and Stiftung LV Münster) began their research for new perspectives on agricultural architecture, livestock and societal engagement with agriculture. With this exhibition, Aedes Architecture Forum kicks off its 40th anniversary program. It is a continuation of the exhibition series on the role of architecture in the development of rural regions.

Architecture students at four universities (TU Braunschweig, TU Darmstadt, TU München and University of Stuttgart) were tasked with designing a barn for 500 fattening pigs in species-appropriate conditions, a slaughterhouse as well as a farm shop. The planned property borders the historic estate of a typical farmstead on the outskirts of a village in Münsterland. The projects were judged by criteria of architectural quality and landscape planning, animal well-being, ecological and economic quality, sustainability and their degree of creativity and innovation.

The topic of an ‘architecture for pigs’ was already addressed by Hugo Häring (1924) and Walter Gropius (1967). After losing a bet with porcelain producer Philip Rosenthal, Gropius designed a pigsty, dubbed ‘Palazzo RoRo’, for Rosenthal’s pet pig. His design, however, like Häring’s pigsty for the Garkau Estate, was never built. At that time, animal welfare was not a priority issue for politicians, planners or society at large. Whereas as today, the discussion reaches far beyond the gates of pigsties and barns. Meat production and the consumption of animal products demand a confrontation with both the conditions under which animals are kept and slaughtered.

The production of pork is of particular importance in German agriculture. Currently, about 12 million fattening pigs weighing more than 50 kg each, are kept in around 19,000 farms throughout Germany. On average, Germans consume 35.9 kilograms of pork per year. Germany produces nearly a quarter of the pork produced in all 28 countries of the European Union. Increasingly, more species-appropriate forms of keeping fattening pigs are being discussed and developed. Nowadays, livestock has more space and access to different climate zones. At the same time, this leads to new conflicts of interest: housing the animals in barns with access to outdoor pens, for example, leads to higher emissions, due to the larger spaces and the release of unfiltered methane gases into the atmosphere.

For many years, the local butcher also slaughtered the animals on site. From the middle of the 19th century, however, many German cities centralised the slaughterhouse system and today most animals are slaughtered and butchered in a few specialised large-scale facilities. This was accompanied by an enormous improvement in hygienic conditions. However, the concentration of these facilities also came with the consequence of long transportation routes for animals, increasing their stress levels and removing consumers even further from the processes behind meat production. People have increasingly lost touch with the realities behind animal husbandry, and a consciousness of what they are eating and where it comes from.

Although their numbers are steadily decreasing, there are still quite a few family-run pig farms and artisanal slaughterhouses throughout Germany. Preserving these small-scale farms and raising public awareness about them could be an important aspect of developing rural areas by strengthening regional structures and value chains, while simultaneously reducing distances of livestock transport.

Aedes Architecture Forum provides insights into the history and typology of barns and slaughterhouses, addresses the relationship between humans and livestock, and presents ideas for pig farms, processing facilities and farm shops, by displaying drawings and models of the award-winning designs from the ideas competition.

The Kuratorium für Technik und Bauwesen in der Landwirtschaft e.V. (KTBL, Association for Technology and Construction in Agriculture) is a non-profit association with members from the fields of education and training, consulting, science and research, industry, agriculture, government and economics. Its objectives are to promote consumer-oriented, socially acceptable and environmentally friendly land management as well as animal-friendly and environmentally compatible livestock farming in rural areas.

The Stiftung LV Münster, a non-profit foundation, fosters communication between urban and rural areas and between consumers and agriculture. It is supported by Landwirtschaftsverlag Münster (Agriculture Publishing House), which publishes and produces more than 70 publications on the production, distribution and consumption of food (including top agrar, Lebensmittelpraxis, LandLust and Essen&Trinken).

An Aedes catalogue will be published.

Speaking at the opening 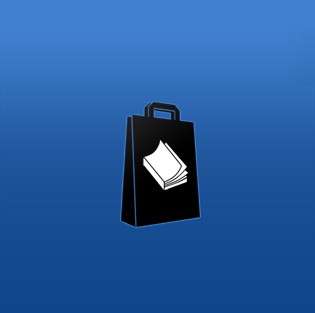 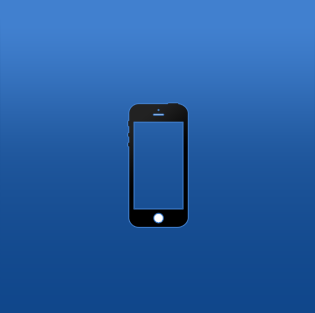